Disclaimer: This is a very personal post. If you can’t handle talk of death, depression, anxiety, suicide or anything personal without judgement please just skip this post. Thank you. Xoxo.

Today is a rough day for me personally. I’m often reminded and people don’t skip a beat to say how sorry they are that I no longer have a best friend. I’m writing this one to get it out…but two…a lot of people ask about her and what happened and this year..I’m getting it out.
Her name was Brianna, but she went by Bri. On April 1, 2014 she died of a heart attack after having the flu and going into a coma. They think she had an autoimmune disease. She was 20 years old, 17 days from 21. I know what you’re thinking… crazy shit right.
We were fighting when she passed. I was very angry with her. She dropped me off at an airport in Dallas where I missed my flight…she said later on it was because she was sad I was having to leave.

When it happened I suffered from a lot of guilt because we had just gone to a festival two weeks before hand and it was cold and raining…and I kept thinking…if we had only left sooner…if we only would have stayed home…if she would have listened to me she wouldn’t have gotten sick and died. But God has a different plan…obviously. I remember the day she passed as if I was an outsider looking in. I got two calls during the day…to prepare myself. Then at around 6:30pm…well you get the picture. I was getting out my car. I had just picked up Brandon from work. He had seen the look on my face and asked if she was getting any better..then I got the call. I don’t think I’ve ever screamed so loud, or cried so hard. Brandon held me up when I just wanted to fall to the ground and give up on life. Because I was so angry. I went through the stages very fast and not in “order”. I went from sad to pissed off within days. A couple days before the funeral I met an old friend of ours for lunch to catch up and talk about it all…and I will never forget the sweet waitress. She overheard my conversation with my mom as I was waiting. Came and apologized for overhearing…and gave me advice about grief. She had lost her father. Not long after she walked away “wonderwall” by Oasis came on the radio. One of mine and Bri’s favorite songs and I thought…I’ll get through this.

Last fall one of my coworkers saw this picture and asked “is that your sister?” I replied “not by blood but yes”. Then she went on to say how we favored each other. We were opposites actually.
But we were like sisters but better. We could go from not speaking for months to it feeling like no time had passed and we forgave each other for literally everything. She hated my boyfriend (Brandon and I have been together for 5 years now) and he wasn’t very fond of her. Ironically, they were very much alike. I think that’s why they never got along. The one time they met I was so excited because the two people I cared about were finally meeting. So of course…they bickered the entire night.

Bri was hot headed and a spit fire when mad. But she had a huge heart and was not very confident but didn’t let it show. I envied her for that to be honest. Two weeks before she died she told me she was jealous sometimes of me. We had different body types. We were picking out bathing suits in Walmart for a festival we were going to the next day. She said she had been going to counseling and had talked about our friendship. It blew my mind because I was always jealous of her because guys always seemed to like her without any issues and she was a talented writer and didn’t care what anyone thought of her. 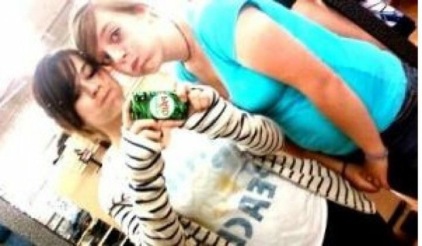 I started high school in 2008. She was a grade ahead and she became my best friend right away. We both had rough childhoods in different ways and we shared a love of music. There was a time when I was 16 where we didn’t speak for quite some time, almost a year. It was the year I attempted suicide. Since my mom took my phone after it happened Bri found out from the people at school gossiping. Shortly after her mom banned her from talking to me. For that I will forever hate that woman. I think she will forever hate me too. Aside from her father’s side of the family and her sister…I was not the favorite friend.

The past three years have been extremely hard. I threw myself into work and school. Drifted apart from other friends and over time become very much a loner. I started to drink more after she passed because at first it helped. Over time it stopped because when I would drink I’d get emotional and it would end up pretty bad.
The first year was the worst. The second year was bad in different ways because it became…more real I guess. The first months following her death were a blur. I started my first office job about five months after and it helped. The reason it was the worst was because I didn’t know how to go through life. It was a weird feeling. I wanted change so badly. I applied for a college out of state that I knew I couldn’t afford. I hated work because I just couldn’t stay put or concentrate on anything. I fought with Brandon over stuff that wasn’t a big deal and didn’t need to be fought about. 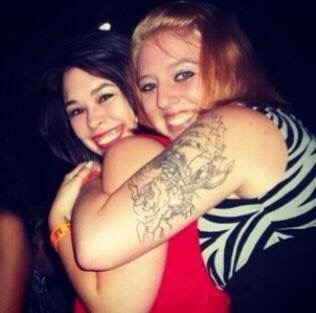 I had a group of girls I was best friends with when Bri passed. You can have more than one (she was still the OG though and she made sure of it lol) and after she died I know I changed. I just didn’t care as much anymore. I became more aware of life and how fucking stupid it can be sometimes. I got a low tolerance to stuff. One time I will never forget was maybe two months after Bri passed. I was talking with the girls and one said something and I jokingly called her a asshole or dumbass..one of the two and I will never forget her and another getting so mad and defensive not getting the joking tone. That’s when I realized honestly things were gonna be different. I wasn’t going to have the vulgar and inappropriate conversations anymore. The nights that we would rip each other apart being brutally honest because we didn’t sugar coat things. We knew if we did it wasn’t helpful or productive. I’d kill to have an argument with her right now. It’s weird I know. 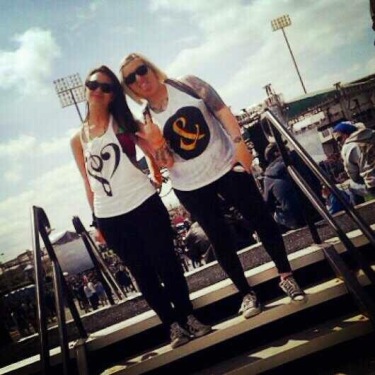 It’s hard at 22, almost 23 now, to say “I don’t really have a best friend”. I love my boyfriend don’t get me wrong and he is my best friend…but a girl best friend is different. She was my go to when I was down and no matter the time we would go to where ever for each other. Having your other side of you die at 19 when you are still working through life…it’s just hard. We in different ways needed each other. What’s funny is that when we first met she wasn’t too fond of me, I mean like the first day because we started talking and hit it off shortly after.

We were both socially awkward in a way. She was very outgoing when she wanted to be, but lacked confidence. Which like I said before blew my mind because unless you knew her personally…you would never know really. It’s hard to make friends now actually. Because I’m finding it is hard to relate to most my age. I have a couple (and when I say a couple I mean literally like 3) friends I would say I’m close with. But again it’s different. And different is fine but when you don’t really share the same taste in music or views or the ability to call them up and say “hey asshole” or some other vulgar term…
I’m not gonna lie. Being an adult finding friends you can be yourself is tough shit. It really is. I feel awkward trying. It is like “hey wanna be my friend because I kinda don’t have any”. It sounds pathetic! Even worse saying when I get asked about my tattoo (pictured above) and when I respond “it’s my best friends memorial tattoo”….the look never gets easier or the “oh my gosh I’m so sorry”. I sometimes wish I would have gotten it more hidden but then again it’s perfect the way it is.

I pushed people away after because it was easier to just be alone. I was too fragile to pretend like I was okay all the time. Sometimes I still have a hard time and it has been three years. The year before last around Christmas I got down and I wanted everything I could make perfect to be perfect because I felt like my life was anything but, even know it was not and is not a bad life. I was just in a weird spot. I started speaking to old friends to maybe ease up the weird feeling I was having. I guess looking for a sense of normal. I would snap at Brandon when he was just trying to help. I think without him I would have crumbled. He held me up the day it happened in his front yard as I screamed…and in many ways he is still holding me up.

I feel weird writing this but at the same time it’s okay. We all have our demons. If you made it this far bravo. If you knew her or I personally and you read this. Don’t judge. Please. Until you walk a mile in their shoes….

Bri doll, I love you and miss you. Three years has gone by extremely fast but slow at the same time.